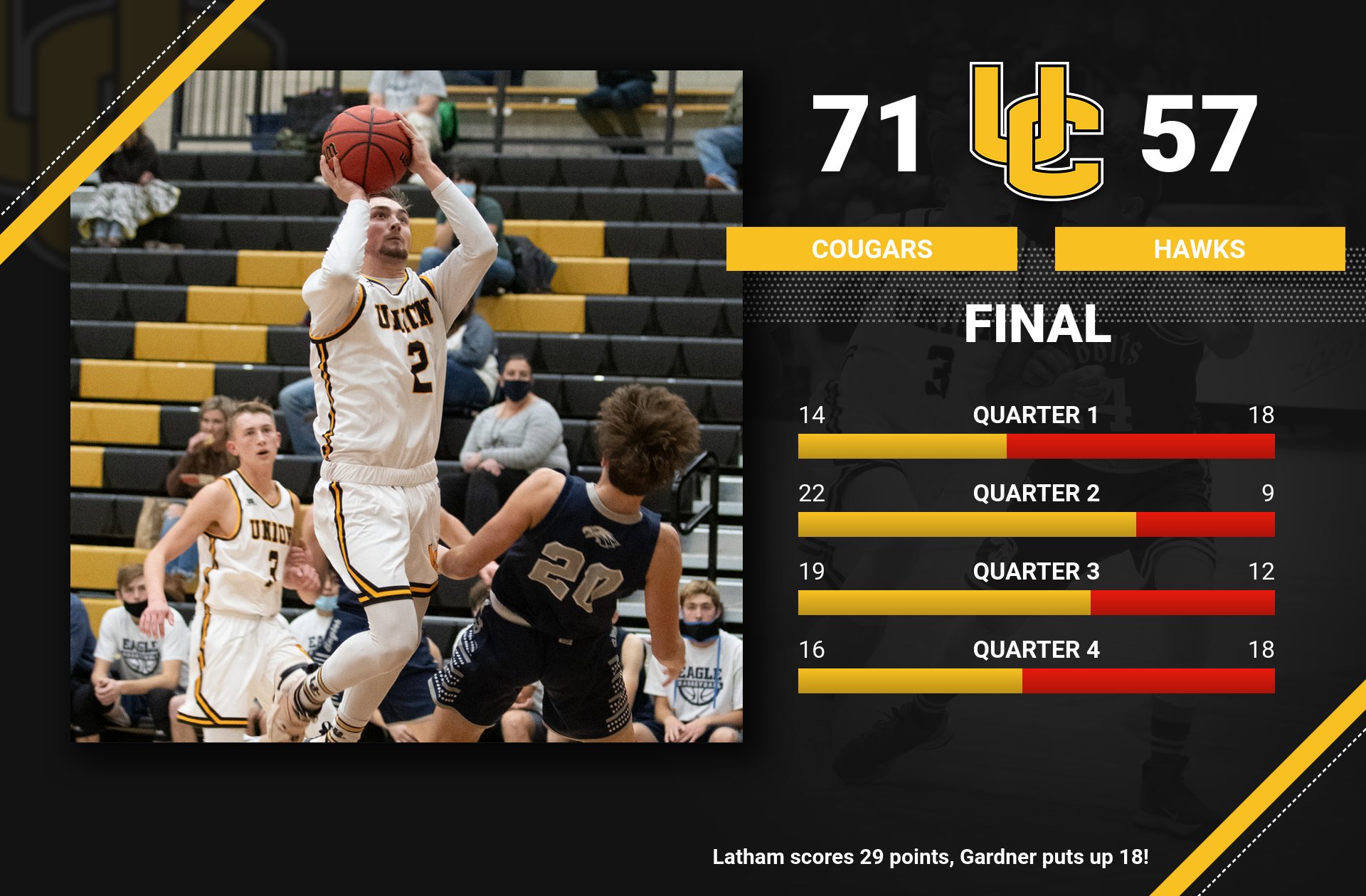 This week at Union there has been a typical Covid headache. With some athletes out sick and others facing the quarantine the Boy’s Basketball team stepped onto the court a bit shorthanded. It showed during the sub varsity games today as the Hawks won 45-39 at the Sophomore level and 34-29 in the JV game. To accentuate the struggle that this week has been the Cougars were charged with a technical foul during warm up for dunking. The Hawks kept their momentum going jumping out to an early lead. With the start of the second quarter the pendulum began to swing back to the black and gold. Union Outscored North Sanpete 22-9 before the half to take a decent 9 point advantage into the locker room. The scoring wouldn’t stop there as the Cougars added another 19 points in the third quarter. At the start of the 4th quarter the Hawks began to full court press but the Cougars press breakers were effective with some good passing and great hustle. The defense held as well and when North Sanpete began fouling to try and trade baskets the Cougars made the free throws to maintain a lead. Boone Latham and Grady Gardner were on fire tonight combining for 47 points!!! The Cougars will be back in action this Friday night as they take on the Templars from Manti at Home! #weareUC #gocougs