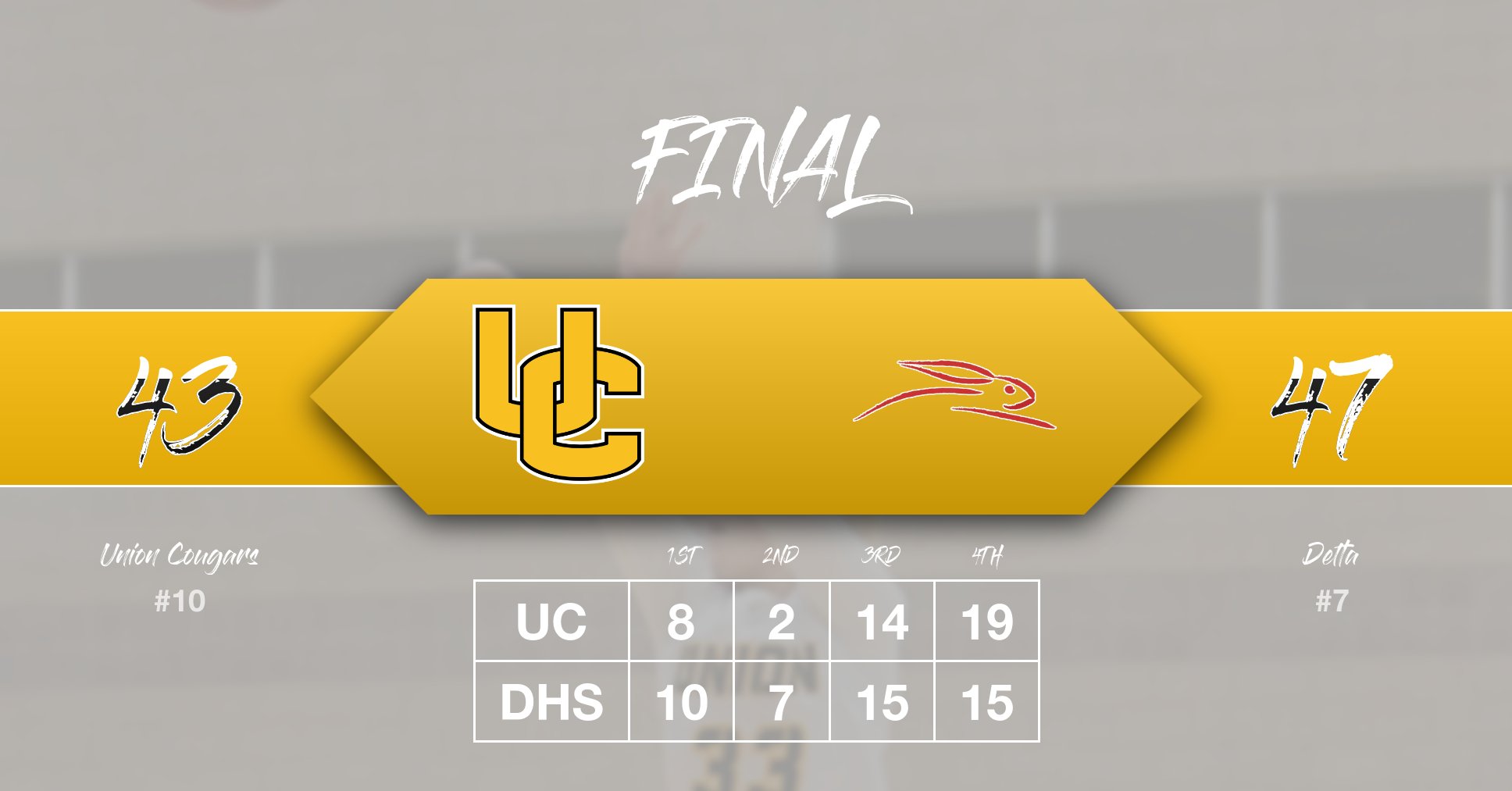 The Lady Cougars basketball team played an away playoff game today at Delta High School. The Cougars came into the game as slight underdogs being the 10th ranked team in the final RPI while the rabbits sat at 7th. The game started slow for both teams as the Cougars scored the first basket about 4 minutes into the game. Our girls held the lead until just before the end of the first quarter when Delta scored to make it 10-8. In the second quarter the Cougars could not take advantage of their opportunities to score only putting up 2 points. The Rabbits also had trouble scoring much and went to the half with a 17-10 lead. Coming out of the half the Cougars scored a couple of quick buckets but the Rabbits caught fire scoring 15 points and built a decent 8 point lead. The Cougars came roaring back cutting the lead in half but foul trouble came back to hurt them late in the game. Just when it seemed the Rabbits would easily take over the game the Cougars got some big 3 pointers from Riley Richards and Peyton Murray. The Cougars cut the lead to 1 point late but an errant pass and a couple of missed opportunities to score allowed the Rabbits to win the game at the free throw line. Great season ladies and we look forward to the success you will have in the future!