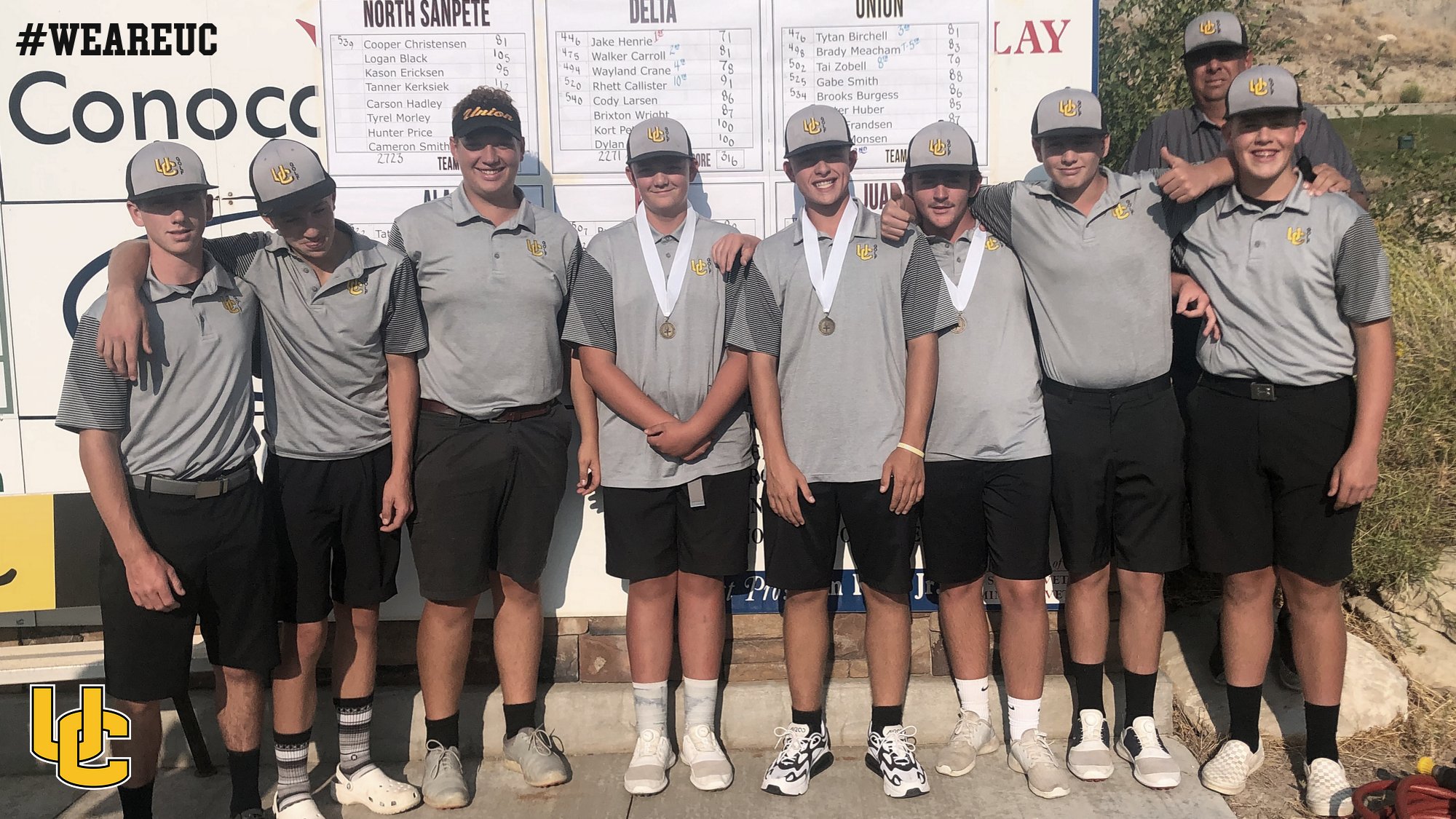 Our Golfers competed yesterday and today at th UHSAA 3A State Tournament! the team shot a 655 over the two days to come in 8th place.
Tai Zobell led the Cougars on the course and placed 17th, while Tytan Birchell placed 25th, Brady Meacham placed 26th, Porter Huber came in 34th, Brooks Burgess in 35th, and Gabe Smith in 47th. All of our Cougar golfers were able to make the cut and golf both days!

Tai Zobell shot 79 on day one and improved to 78 on day two. Tytan Birchell finished with an 82 day one and 81 on day two. Brady Meacham was close behind him shooting an 84 and 81. Porter Huber came in at 90 on day one but was able to drastically improve day two for an 81. Brooks Burgess and Gabe Smith had a rough go on day one each shooting a 92. They made the cut though and were able to bounce back to shoot 80 and 90 respectively.
“It was a Great year for us! We improved 50 shots from our state score last year, the future is loaded with good golfers, we will get better and be back next year” Said Coach Birchell. Congratulations to our golfers on a great season and we look forward to their continued success in the future! #weareUC #gocougs #drivechipandputt