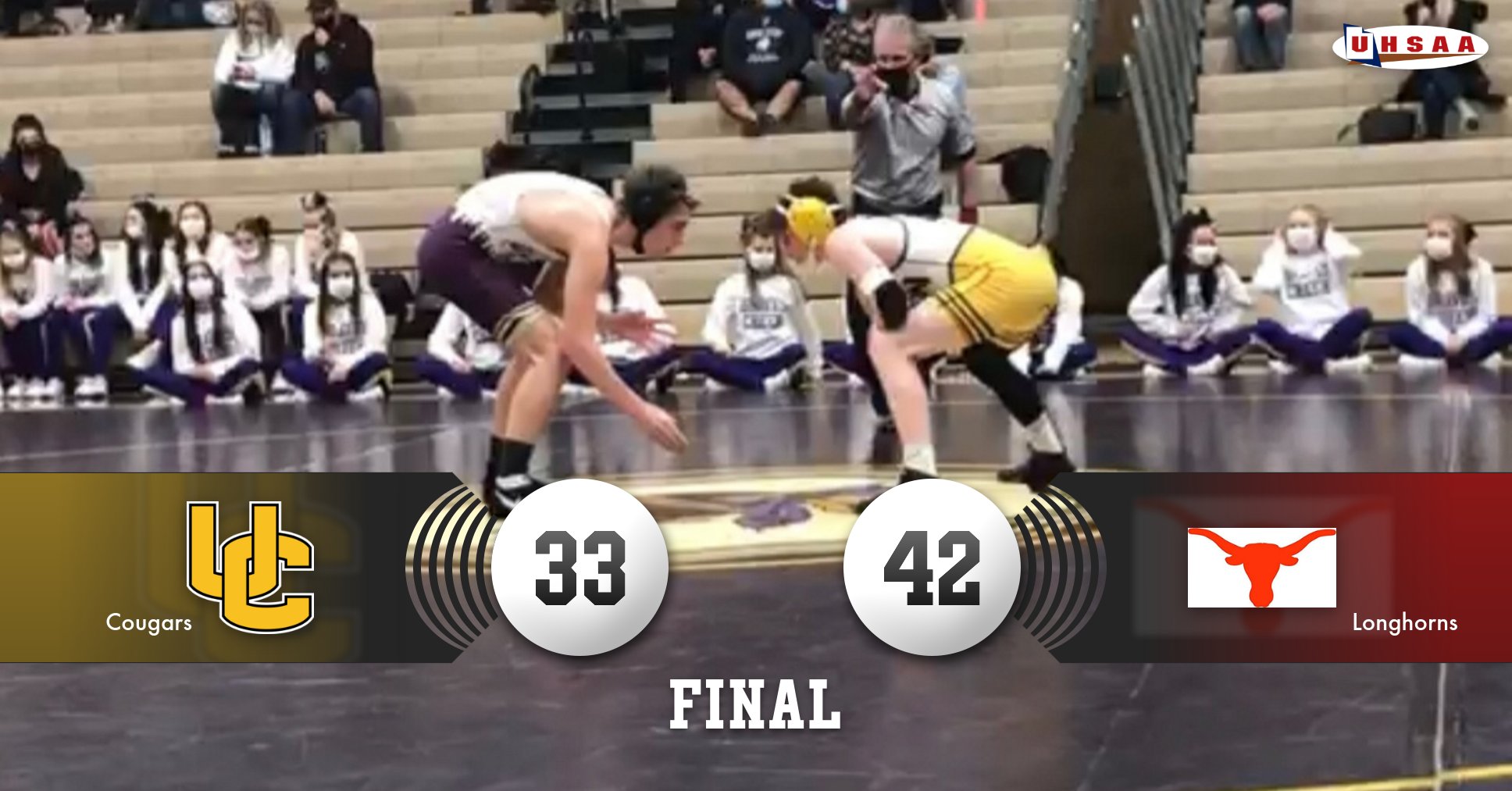 The Union Cougars Squared off with the Altamont Longhorns Thursday night in Altamont. The Cougars and Longhorns actually split the match win count 7 to 7 on Altamont’s senior night. The difference in the match came down to bonus points. The Longhorns were able to get pins where the Cougars had to settle for decisions in a few matches. The Longhorn wrestling team is tough and has some great seniors while the Cougars are very young. All in all it was a great duel with some close matches. The Cougar wrestling team showed some real growth and look to be coming into peak performance heading into the post season. The Cougars have one more away Duel at North Sanpete next Tuesday evening before wrestling in the Divisional tournament on February 5th. The Union Girl’s team will be in action Saturday at the Lady Hawk Rumble in Logan Stay tuned for details on how to watch that tournament!