Fresh off getting the disappointing news of where they currently stand in the RPI rankings our softball team headed on the road to Delta. A long drive to think about being placed at 13th in 3A in the initial RPI rankings. They were taking on the #9 ranked Delta Rabbits in a Region 14 matchup. The ranking seems to have been just the right motivation for the Lady Cougars as they arrived with fire!

The Cougars struck first putting up 5 runs in the first inning and never looked back adding another run in the top of the second and 11 in the top of the third. The Lady Cougars got some shut down pitching from Addisen Martin who only allowed 1 hit in the 3 inning shutout performance. That hit was the only thing between Maritn and a prefect game as she only faced 10 total hitters for the rabbits.

The Cougars were lead at the plate by Brooklyn Horrocks and Malorie Bostick who each had 3 RBI’s in the game. Also in a rare feat the Cougars did not strike out even once in the game! Great Job Ladies!

You can catch the Lady Cougars at home tomorrow as they take on the #4 Ranked Carbon Dinos. That Game will start at 3:30 p.m. 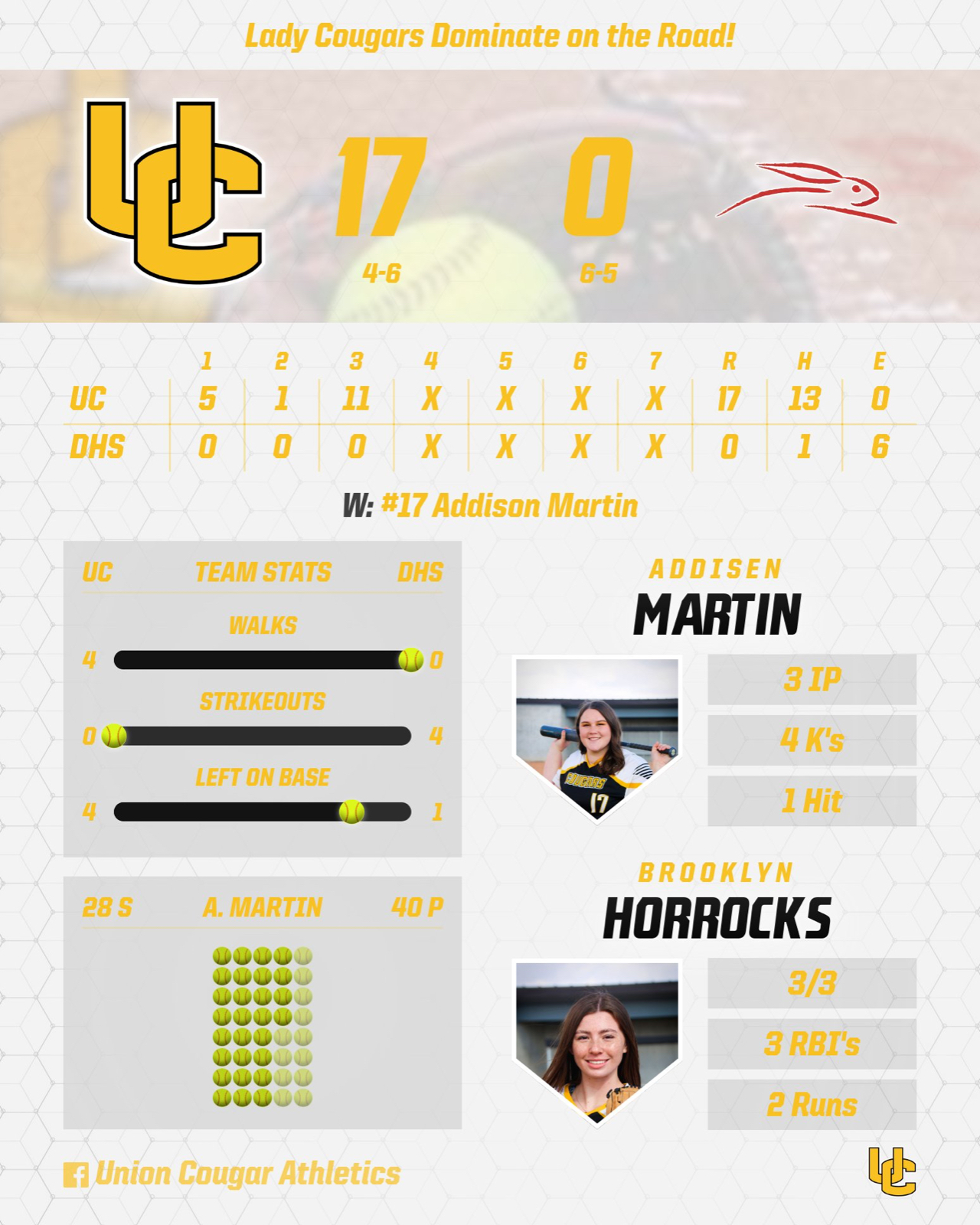